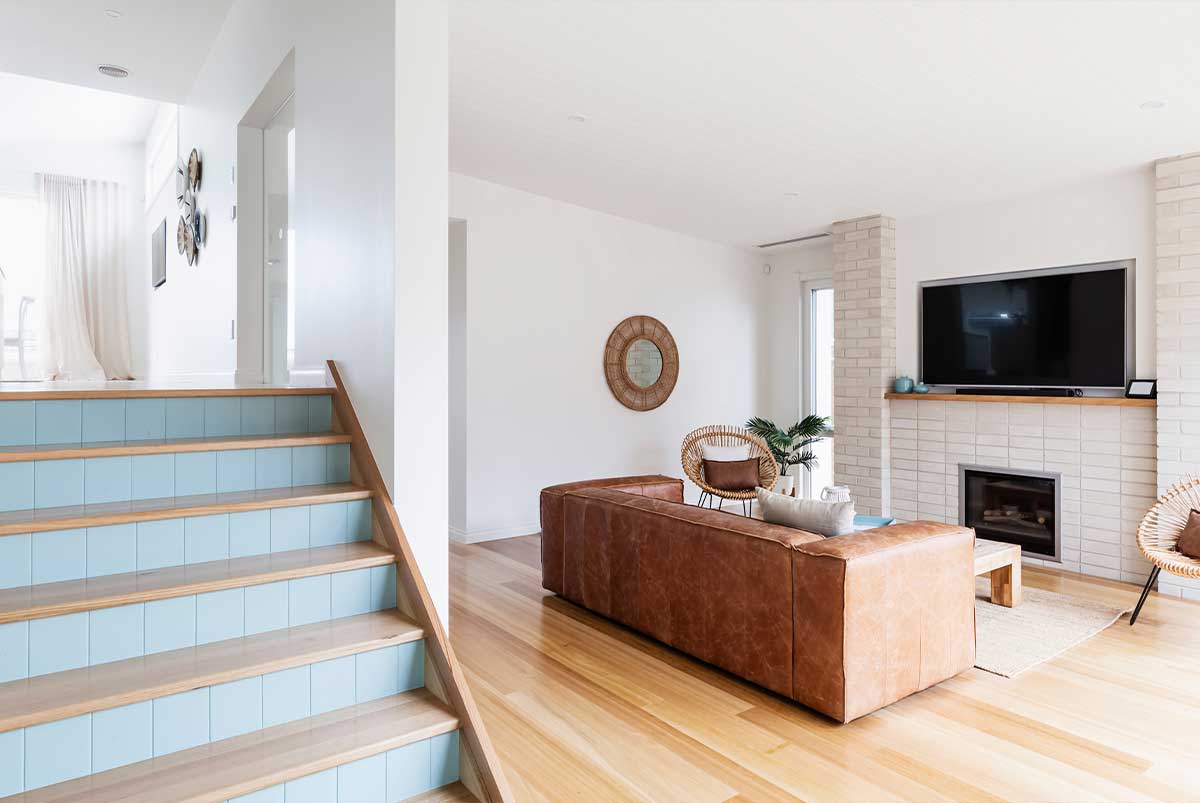 When you’re home shopping, there’s a lot to consider – and see. If you’re the “dinner, then dessert” type, your priority will likely be to confirm that the homes you’re interested in have good foundations and are structurally sound.

Next, you’ll dive into dessert: the aesthetics, weighing the pros and cons of the architectural styles that pique your interest.

A split-level house is one of the most common architectural styles you’ll come across. And depending on your needs and lifestyle, a split-level may be the right home for you.

Split-Level Homes: What Are They?

A split-level home usually has three stories (or levels) that are typically separated by short, half-level staircases. These homes are often referred to as tri-level homes.

Split-level homes emerged at the end of the mid-century modern architectural era. Many of these homes were built between the 1950s and 1970s, though it’s not uncommon to find new split-level properties.

Several varieties of floor plans could accurately be described as split level. The most common type of split-level housing is the classic tri-level layout.

Tri-level properties usually feature a main floor that can be accessed through the front and usually back doors. There are two short staircases on the main floor – one flight of stairs goes up, and the other goes down.

Both staircases will usually be about half the length of a typical staircase. As a result, the floors are staggered or “split.” The bottom floor usually has a finished basement, a laundry room or mudroom and an attached garage. The bedrooms are usually on the top floor. And sometimes there will be a den on the top floor, too. On the main floor (aka the entry floor), you’ll typically find the kitchen, family room and living room.

Split-level homes are usually three stories tall, but any property with three or more split floors can fall into this category. In addition to the common structure of a split-level property, many split-level homes have a low-pitched roof, blend into a hilly landscape and might incorporate other features of the mid-century modern movement, including lots of windows and open floor plans (at least open on the same level).

Bi-level homes are often mistaken for split-level homes. While the two building styles share similarities, their styles are distinct.

A split-level home has three or more levels, and a bi-level home only has two.

You will likely encounter three primary types of split-level homes:

This is the most common type of split-level home. A side-split home has a main floor on one side of the home and two floors on the other side. You’ll see three floors if you look at the house from the front.

Instead of being split to the side, a back-split home will have two additional levels attached to the back of the house. If you look at the house from the side, you’ll see three floors. This layout is often great for properties on steep terrain.

A stacked split-level home will have at least four floors. There will always be at least one floor above the main living area.

Pros and Cons of Split Levels

Before deciding whether you want to invest in a split-level home, consider the pros and cons of this style of home.

✅Efficient use of space

Putting a bedroom (or bedrooms) above a garage – something you’ll commonly find in split-level homes – helps homeowners maximize their use of space. Split-level homes often make very efficient use of the basement.

Homeowners often get more yard space than they would with traditionally built homes with similar square footage because a split-level home is a condensed, efficient build.

Many home buyers are big fans of the split-level layout, but many buyers think the layout is outdated. Though split-level homes are relics of the not-too-distant 1950s and 1970s, the homes on the market today aren’t likely to have been updated. They look like products of their time, and because they’re older, they may require more work, TLC and money for an owner. So it can be challenging to sell these homes.

The defining feature of a split-level home is that it has at least three distinct levels. Typically, the home has a main level, one level partially above it and one level that’s partially below it. You use the stairs regularly when you live in a split-level home. If going up and down stairs doesn’t appeal to you, this feature would be a downside.

Because of its unique structure, you might run into a few problems if you want to renovate a split-level home. Changing the layout – opening or closing the floor plan, for example – is notoriously challenging due to space. You’re often stuck with the layout you got.

Split Decision on Buying a Split-Level?

Split-level homes work great for people who want to maximize their living space and keep their living areas separate. They’re also great for anyone who is a big fan of mid-century modern architecture. But if you’re looking for a modern home with the newest amenities or want to remodel it, a split-level home may not make sense for you.Homes come in all shapes and sizes. Research the type of home you want when you’re starting to consider buying a house. Of course, you want to buy your dream home. Just make sure you can live your best life in the home you purchase. Interest Rate vs. House Price: Are They Related? Which Matters More? What’s the Difference Between a Condo and a Townhouse? Is It a Good Time To Buy a House? What are Zoom Towns? Why Remote Workers are Moving